The Munich Show Chorus is a mixed a cappella choir from Munich, Germany, under the direction of Jennifer Kammermeier and Alexander Kulessa. The MSC performs music ranging from Voctave to Pentatonix, Doo Wop to Barbershop, Gospel to classical pieces.
As long as it's a cappella, we'll sing it!

The Munich Show Chorus was founded in 2015, inspired by the idea to build a home for young, talented and well educated singers in Munich. Since then the MSC has become one of the best choirs in the German a cappella scene.

Some of the highlights in this development were the performances at the "Deutsches Theater" in Munich in the professional production of "Disney's The Hunchback of Notre Dame“ in the fall of 2017 and winning the gold at the first world championship for mixed Barbershop choirs in April 2018. 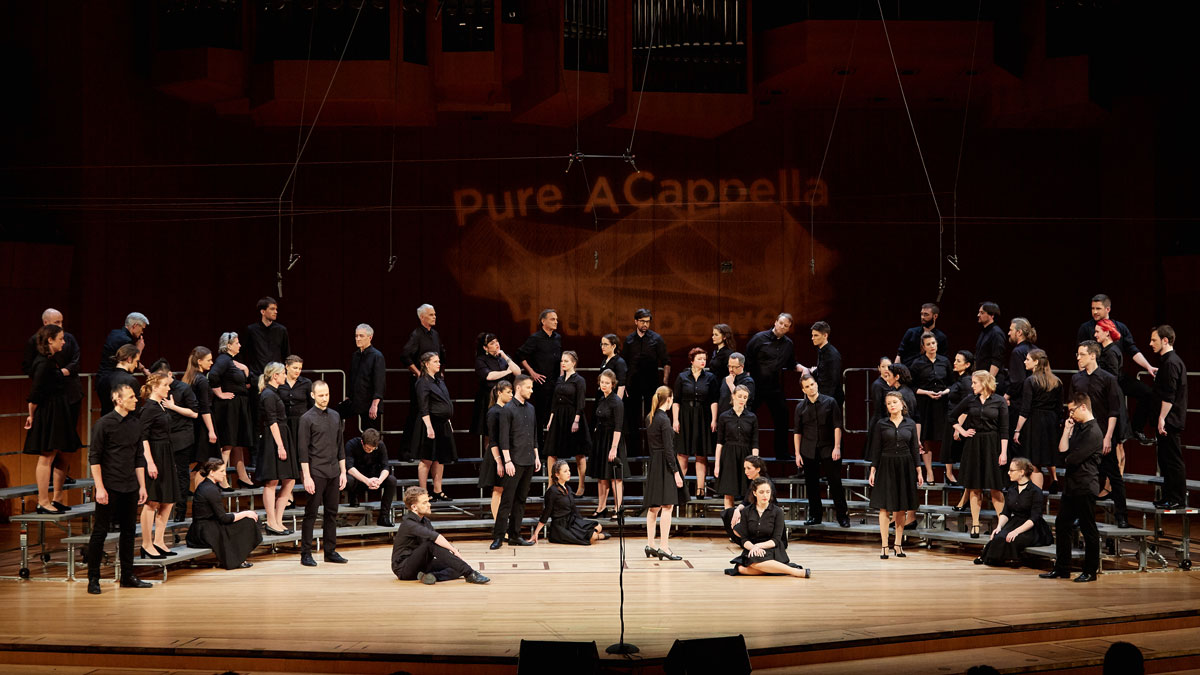 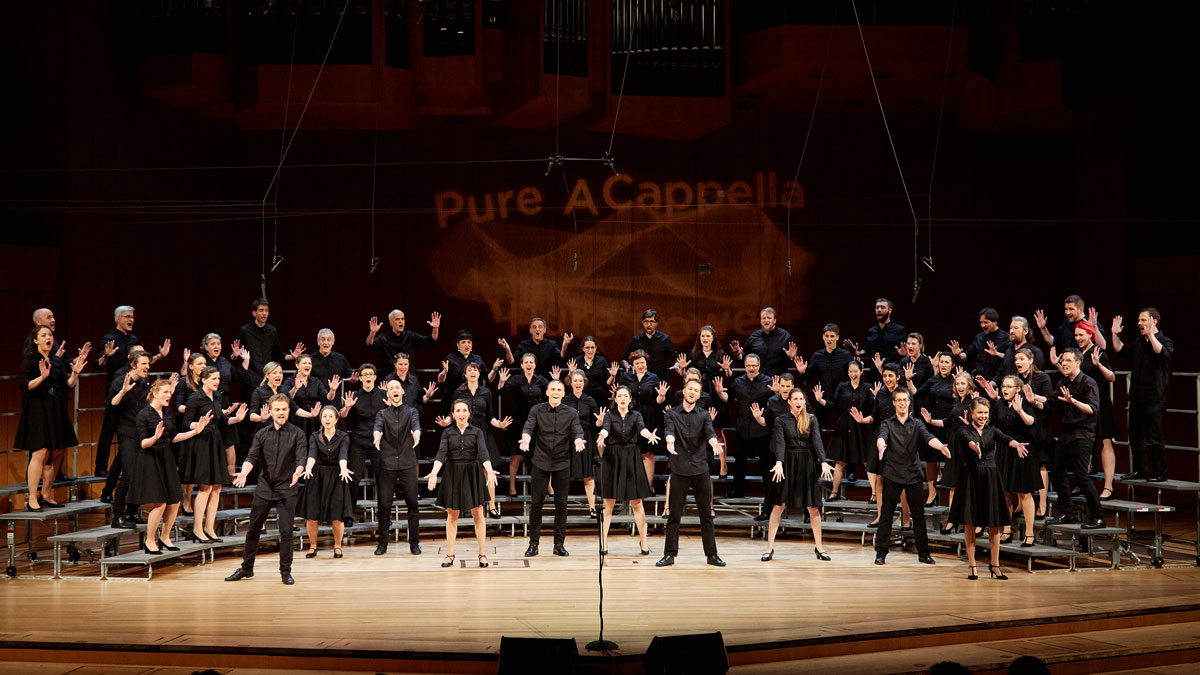 Next generation a cappella

From the choir music of the Sistine Chapel of the 16th century to the harmonsing songs of the Comedian Harmonists at the beginning of the 19th century to Doo Wop in the 50's to contemporary a cappella music there have been many styles in the history of a cappella music.

There is much to learn from this history to add another chapter to it. Therefore the MSC is carrying forward as part of its mission the further education and training of its singers in the fields of vocal technique, stage performance and music theory and provide opportunities and inspiration to become original artists.

The Munich Show Chorus was founded and directed in its early years by Alexander Kulessa, a Barbershopper from Munich. As of January 2018 Jennifer Kammermeier took over the musical development. First as an in-house coach and finally officially elected musical director at the retreat weekend in March. She directly led the choir to win the title at the world championship for mixed Barbershop choirs in April.

Jennifer Kammermeier, née Hoffman, is an US-citizen and holds a bachelor degree in music education from Lenoir-Rhyne University. She served 11 years as the choral director of St. Stephens High School in Hickory, NC, before she moved to Germany in the summer of 2017.

Barbershop is an American a cappella style, which originated at the beginning of the 20th century and is overseen since 1938 by the „Society for the preservation and encouragement of Barbershop quartet singing in America" or simply "Barbershop Harmony Society". At least all the male quartets and choirs. Although recently it opened membership status to female singers.

The German Barbershop society, BinG!, also offers a home to all mixed choirs and quartets and thus also to the Munich Show Chorus. It's true, we are not a pure Barbershop choir but sing all kinds of strange music.

But the young founder of the MSC Alexander Kulessa is one of them hardcore Barbershoppers. He was the baritone of „Kavaliersdelikt“, the best male quartet at the German Barbershop championshipa 2016 and 2018 and has won the gold medal at the world championship for male Barbershop choirs in the ranks of the „Masters of Harmony“ in 2011.

The sound of a choir depends on many factors: the singers' individual expertise in vocal techniques, choir spacing and formation, the unity of sections and the balancing between sections. In mixed ensembles the proper balancing of male to female voices is one of the key ingredients for creating an amazing sound.

Therefore the MSC is composed of men and women in equal ratio. As our experience shows, more women tend to be interested in joining the choir then men – thus we introduced a male quota of 50%. And contrary to many German companies listed in the DAX – we keep our good resolutions.

And so it goes

Lyrics and Music by BILLY JOEL
Arrangement by BOB CHILCOTT 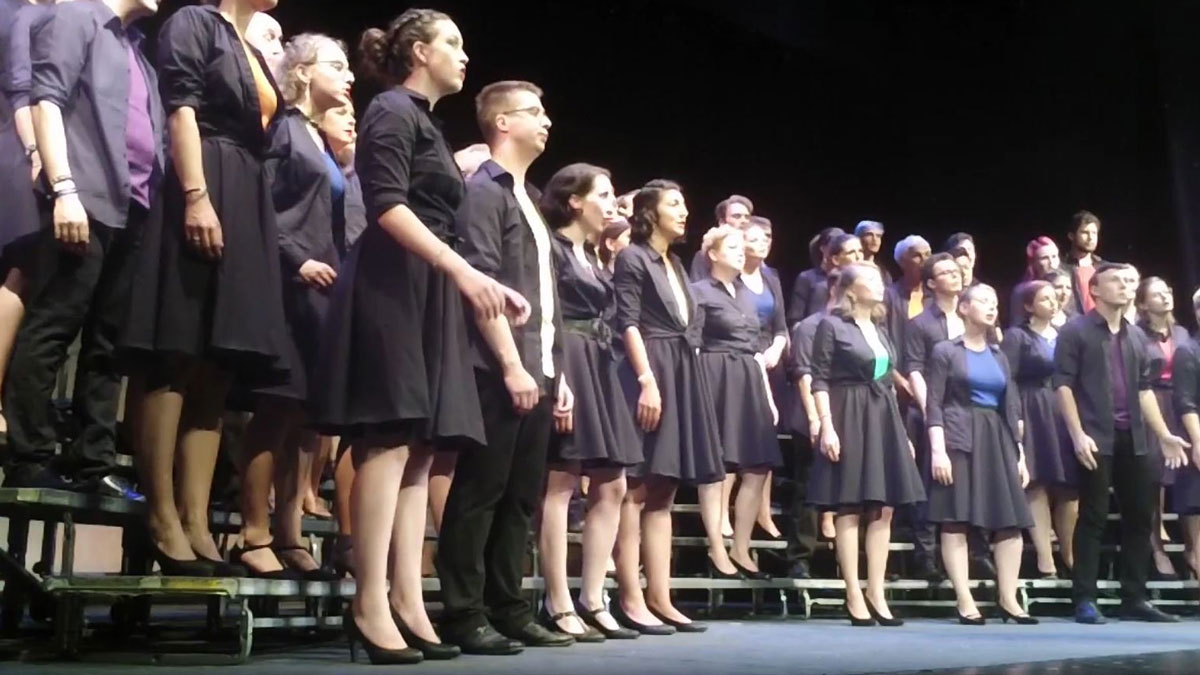